Lone Star Overnight (LSO™) is headquartered in Austin, TX and over the last 30 years has become a leading regional parcel delivery company. LSO has a network of 27 operating locations throughout the Southwest and Central regions. 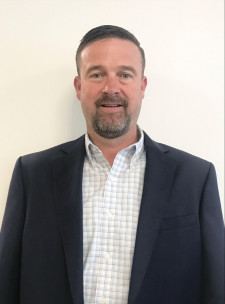 "Sean has a wealth of experience and it shows," said LSO's CEO Richard Metzler, who, like O'Connor, has an accomplished career in shipping and logistics. "Like all of those who have been in the parcel business a long time, Sean has it in his blood. Our whole team at LSO will benefit from his energy and expertise."

O'Connor served as chief operating officer and was promoted to president at General Logistics Services (GSO) in San Ramon, Calif. Prior to joining GSO, O'Connor worked for 26 years at FedEx, holding a number of senior positions, including regional vice president of the Eastern Region and later vice president of contractor relations for the company. O'Connor graduated with a bachelor's degree in business administration and management from Lock Haven University of Pennsylvania.

"I'm extremely honored and excited to take on this role for LSO," O'Connor said. "I look forward to partnering with the entire team to deliver on our vision, and to help accelerate our growth within the current network and beyond it."

O'Connor joins LSO as the domestic market for overnight carrier companies is projected to grow significantly over the next few years, and as the courier company is expanding its service coverage areas in Arkansas, Illinois, Louisiana, and Missouri.

As the global demand for courier services is projected to increase, LSO customers have indicated that they prefer the flexibility, savings, and better service the regional carrier can provide. LSO demonstrated its top performance last year by exceeding a 98% on-time service reliability rate while other larger carriers found themselves struggling to meet and juggle the demands of employee and customer safety during the pandemic.

Lone Star Overnight (LSO™) is headquartered in Austin, TX, and over the last 30 years has become a leading regional parcel delivery company. LSO has a network of 27 operating locations throughout the Southwest and Central regions. Coverage area includes 100% of the population of Texas, ~65% in Oklahoma, ~80% in Louisiana and Missouri, and ~45% in Arkansas. LSO's reach extends into parts of Kansas, Illinois and New Mexico. LSO can deliver to ~13% of the USA population consisting of ~43 million people and potential e-commerce shoppers.

Get notified about new releases.

Sign up for email updates from Lone Star Overnight (LSO™).